Bożena Hrynkiewicz-Adamskich
Be the first to review this product
Add to Wish List
PLN 68.00
Skip to the end of the images gallery 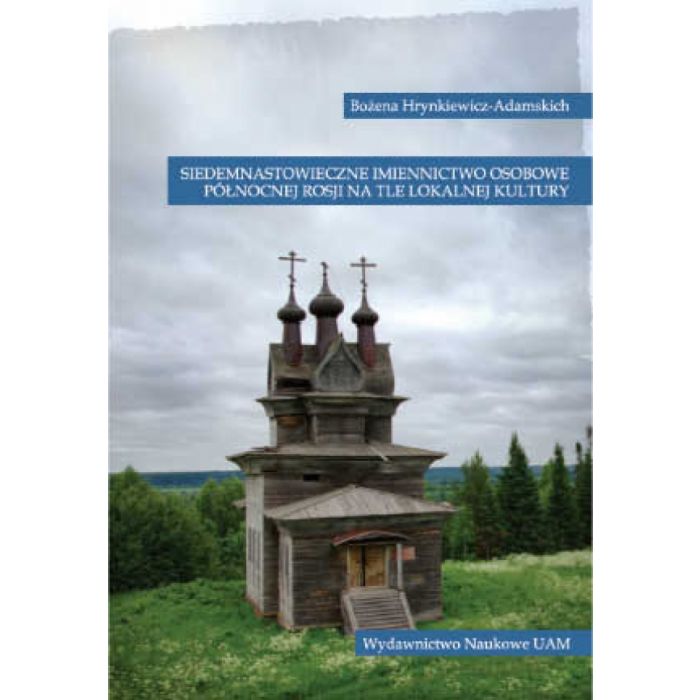 The monograph presents an anthroponymic system which existed in the Northern Russia in the 17th century. Personal names of 6,101 people (male) derived from customs books of Veliky Ustyug are discussed. The system in question consisted of traditional anthroponyms, Christian and other loan names, as well as auxiliary lexical means of individualization of persons (i.e. formations derived toponymically, names of professions, social position, etc.) and patronymics. In the period under study the overall trend observed was replacing native anthroponyms with Christian names. However, the review of the sources mentioned above revealed also a great number of traditional forms. It seems that despite progressing Christianization the magical outlook on life prevailed in the local community. In the 17th century East Slavonic folk culture was mainly based on oral tradition and its values were transmitted thanks to the mechanisms of group memory. An attempt at semiotic interpretation of appellative personal names, which consists in the identification of mythical information communicated through them, is made in this work. Traditional anthroponyms were probably a permanent element of group awareness and a repository of knowledge about social experience accumulated over centuries. Naming schemes developed then and extensive use of native personal names served as continuance of archetypal and elementary ideas and in this way the survival of tradition. The work also outlines the impact of Orthodox reforms taken to eradicate pagan customs once and for all and the interiorization of writing, which accompanied Christianization, on the changes that took place in the local anthroponymic system. The personal names which served as source material for the analysis have been collected in a glossary, which, it is believed, can be practically used.