Dominika Buchowska
Be the first to review this product
Add to Wish List
PLN 32.00
Skip to the end of the images gallery 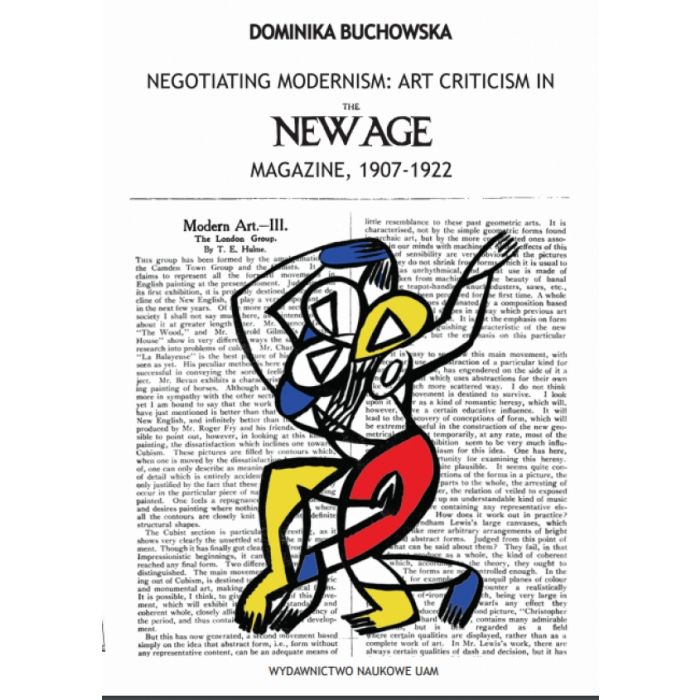 The New Age magazine, published in London from 1907-1922 by Alfred R. Orage, addressed modern politics, society, literature and art, with contributions from Ezra Pound, Beatrice Hastings, H.G. Wells, Wyndham Lewis, Herbert Read, G.K. Chesterton, H. Belloc, and Arnold Bennett, whose work was often first published on its pages. Its emphasis on the promotion of modernist and avant-garde cultural experiments by means of negotiation made it an important platform for publicity and debate within the modernist public sphere. The book analyses the reception of art in The New Age in the context of British cultural history. Treating art criticism as a literary genre, it analyses the journal’s art reviews written by professional art critics (Huntly Carter), writers (e.g. T.E. Hulme) and artists (e.g. Walter Sickert). The book studies critical discourse to review arts events showing how these texts argue for the introduction and justify the existence of avant-garde modernist art in Britain against more traditional approaches. Focusing on the main idea behind The New Age – to negotiate modernist thought through dialogism between various factions of modernity – the resulting arguments, clashes and controversies are revealed and analysed.