Aleksander Wojciech Mikołajczak, Patryk Borowiak
Be the first to review this product
Add to Wish List
PLN 25.00
Skip to the end of the images gallery 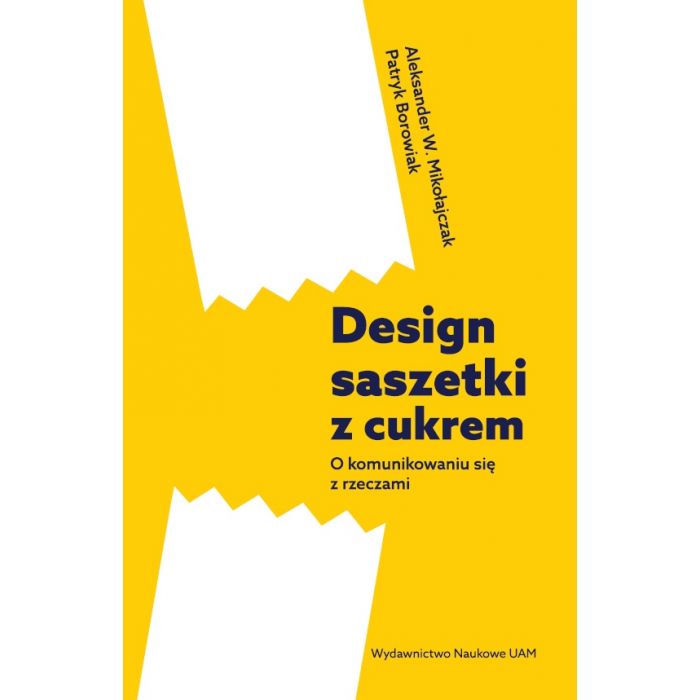 This book is a reinterpretation of the understanding of design until now, both as the language of things and the designed form of objects. It is not a matter of a static understanding of design, but rather about presenting its dynamism as a process through which things come into being that are used at different stages of their life in a different way: from design through production, promotion, use and withdrawal. This means that communication with these does not follow the transmission-reception framework proposed by Roman Jakobson, but boils down to using things to create a specific space for communication. This leads to a completely different way of perceiving user-communication processes, which are profoundly determined ontologically, referring, on the one hand, to the materiality of objects, and on the other, to their meaningful functionality, as well as to users' competence. This is due to several issues that arise when considering these processes.
Firstly, it is about looking at the object of our research, namely sugar sachets, not as the final product that we subject to analysis, but as the process of their coming into being, which can be seen as a kind of biography of things. Just as it is possible to discern several most important stages in a person's life, such as birth, reaching adulthood, starting a family, or death, sugar sachets also go through critical moments in their existence, which allow us to understand the nature of their passing. However, viewing them in this way is alien to the tradition of European thought, which rejected the Heracletian pantha rei in this respect in favour of the Aristotelian understanding of objects as a combination of form (morphe) and matter (hyle). Secondly, as Tim Ingold writes: "form began to be seen as imposed by some external perpetrator in whose mind a certain project exists, while matter, understood as passive and inert, became what that project was imposed on". Meanwhile, in terms of the use of things, materiality co-creates objects as equal to the people who influence it, which stems from the fact that, as Edmund Husserl writes, a subject does not exist without an object. Vilem Flusser explains this by the fact that: "there is no such thing as a human spirit [that is, the subject], on the one hand, and an objective environment on the other, but there is a human-environment relationship.

In the context of the theory we are advancing, this implies a way of understanding design as a process in which objects are shaped under the influence of the pairs of relations that constitute them. The first of these connects the subject, i.e. human competences, with the object, which is the properties of things, used by people in creating and using them. The second unites the materiality of the objects in question with their meaning, just as in Ferdinand de Saussurre's view, the signifié element cannot exist without the signifiant element, for example, the word "tree" cannot exist without the object itself, that is, the tree. From this perspective, looking at the biography of things, we can see that they "flow" in the Heracletian sense, as the above relationships are not static but change dynamically, depending on who uses the object and how, and because its ontological transformation also verifies its semantics. Example products, such as disposable sugar sachets, which become a commodity in marketing, do not have to present their real meaning, but can promote the meaning created in advertising.

The metamorphosis of objects that reflect this process reveals the complex nature of things, which even in such banal representations as sugar sachets or sugarcubes combine human intentionality with material agency, and their material functions with semiotic functions. We seek to demonstrate all this in the six chapters of our book.