The Judiciary of Diocesan Vicars in the Later Roman Empire

Skip to the end of the images gallery 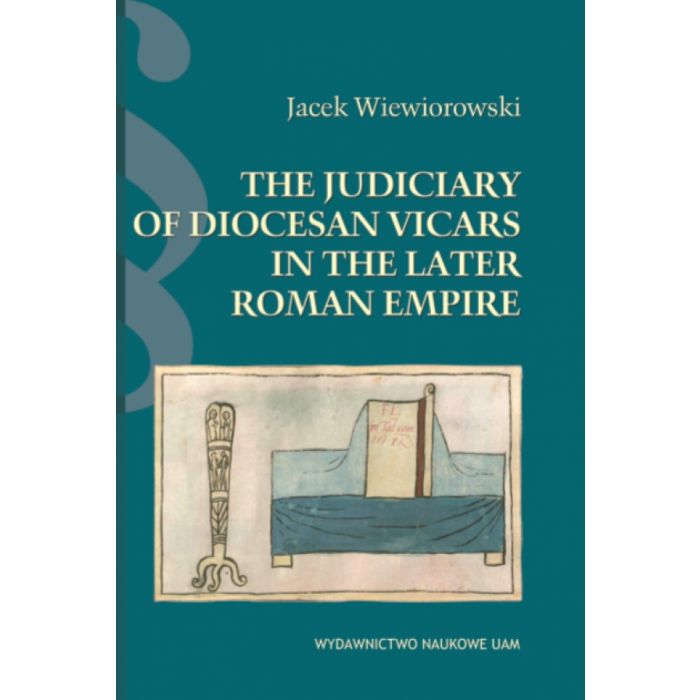 The study focuses on vicars of dioceses (vicarius dioeceseos) of the Later Roman Empire and their judiciary capacity, which occupied one of the principal places in their duties. It is the first attempt to present the issue in scholarly research. The book covers the period from the establishment of dioceses under Diocletian (reigning 284–305) until the final abolishment of vicariates by Justinian I (reigning 527–565) and his further modifications of imperial administration introduced at a supra-provincial level. It concerns all dioceses of the Roman empire, excluding diocese administrators with special status: comes Orientis, praefectus Augustalis and vicars residing in Rome (especially vicarius urbis Romae). The author employs historical-legal methodology, consisting in an analysis of the judicature of diocesan vicars based on legal sources, supplemented by iconographic, literary and epigraphical sources, and prosopography. He draws on the conclusions resulting from the research of sociologists, sociobiologists, and particularly evolutionary psychologists, with regard to the mechanisms which exerted influence on the evolution of the judiciary of diocesan vicars.

The Judiciary of Diocesan Vicars in the Later Roman Empire (Size: 10.7 MB)
Reviews
Write Your Own Review