Norbert Ostrowski
Be the first to review this product
Add to Wish List
PLN 36.00
Skip to the end of the images gallery 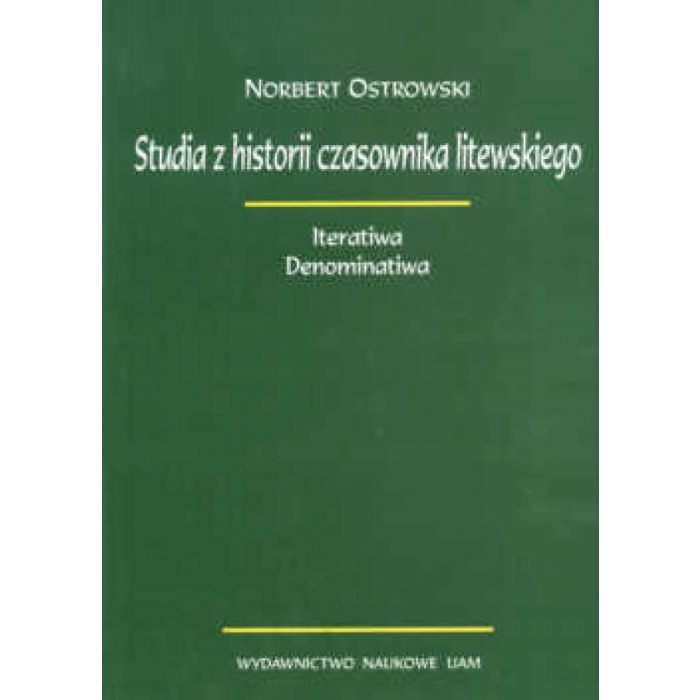 In contemporary Lithuanian there are some morphemes which express the iterative meaning of the verb. But only one of them, the suffix -yti, is Indo-European heritage. The other ones are Baltic or Baltic-Slavonic innovations. Especially noteworthy is the Lithuanian iterative suffix -e`ti that originates from preterits in -e^- of Baltic causatives with present stem in -ja- such as pres. ródzia, pret. ro`dé 'show' or pres. vei"sia, pret. vei"sé 'breed'. In short: pret. in -ë- + suffix -já- -> pret. -é-ja~- -> pres. -ë-ja~-, inf. -ë-ti. The explanation of inherited resultative verbs in -éti (e.g. ture`ti 'habe; must') has so far been misconceived as historically identical with the iteratives in -eti. Iterative meaning of the suffix -ja- suggests it served in Baltic as morpheme of imperfect tense. As a form of the imperfect in Indo-European was built on the ground of the present stem (cf. the imperfect in Old Greek) the Baltic one must be an innovation, parallel to Old Church Slavonic, cf. aor. pbs-a-xb -> imperf. pbs-a-axb. On the ground of the preterite have been built, among others, iteratives with zero grade vocalism, e. g. Lith. kilóti (Latv. cilät). In the Baltic languages one can notice the transition from iteratives to causatives and vice versa because of reinterpretation of derivatives to their basic words. The iterative verbs can be interpreted as causatives (e. g. Latvian causatives of the type mërdët) and causatives as iteratives (e. g. Lithuanian iteratives in -styti). The process is old, cf. the causativisation of the IE iteratives with suffix -eye- in Old Indie.