Seat of the Company in Private International Law. Selected Issues

Maciej Mataczyński
Be the first to review this product
Add to Wish List
PLN 28.00
Skip to the end of the images gallery 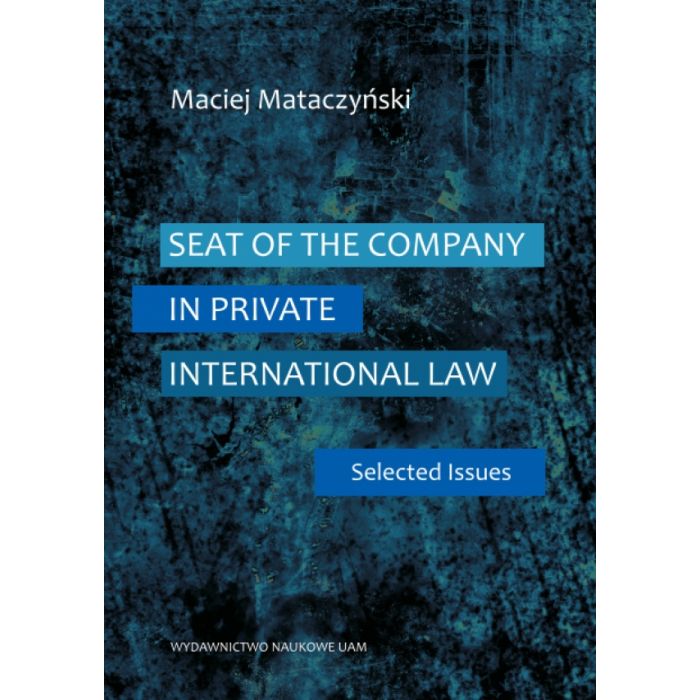 The aim of the book is to attempt an interpretation of the term ‘legal person’s seat’ used by the legislator in Article 17 and 19 of the Polish Private International Law Act. My hypothesis is that the correct interpretation is the one in which this term is construed as the so-called registered office. This means a radical change to the so-called real seat concept assumed in the effective acts so far. Moreover, it generates risks which have not been known to Polish legal system. Consequently, a vast section of the book will be devoted to relevant mitigating measures. The change of the connecting factor applicable to the personal status of a company is a complex process, which does not end with adoption of a new act or the determination of what is referred to in the German doctrine as herrschende Meinung. To operate effectively, the entire system will require not only an extensive doctrinal analysis of the issues related to conflict of laws in company law (particularly the scope of interference of the public order clause and provisions classified as overriding mandatory provisions), but also the subsequent actions of the Polish legislator – such as adoption of the act on pseudo-foreign companies or the passing of necessary amendments to provisions governing company registration. The book will include in-depth analysis of aforementioned institutions and proposals of changes and amendments. Finally the issue of transfer of company’s seat (both factual and registered) will be analyzed.