Artur Jocz
Be the first to review this product
Add to Wish List
PLN 31.00
Skip to the end of the images gallery 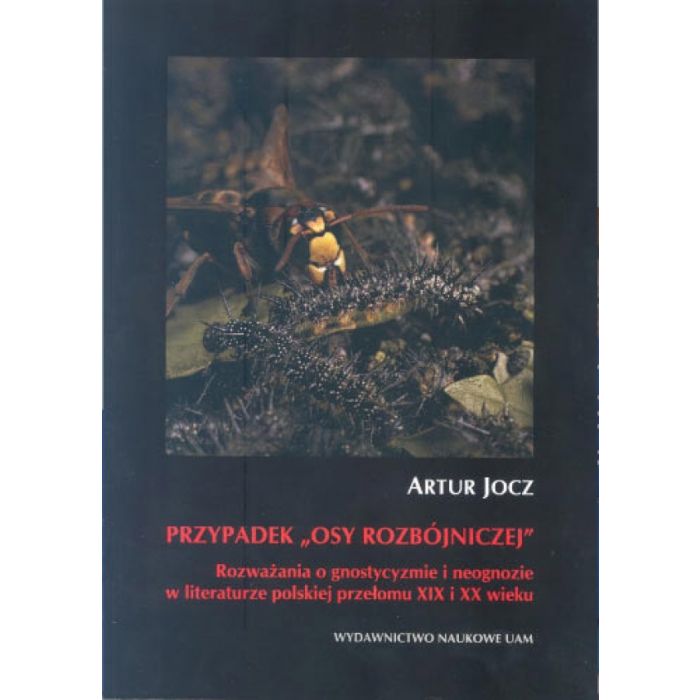 Skip to the beginning of the images gallery
Description
Reviews
Description

Gnosticism came at the time of birth of European culture, at the onset of our era. Its representatives believed they were in possession of esoteric, over-rational knowledge, gnosis, on the nature and place of evil in the world. The turn of the 19th and 20th centuries brought an attempt to revive the Gnostic tradition e.g. in the works of Rudolf Steiner (1861-1925) and Edouard Schure (1841-1928). However, the nature of gnosis, Gnosticism, neo-gnosis, and their interrelations will not be the guiding theme of the book. They are only a context in it. Its primary objective is to try to demonstrate how Gnosticism and neo-gnosis influenced the shape of literary output of Stanisław Przybyszewski (1868-1927), Tadeusz Miciński (1873-1918), and Jerzy Hulewicz (1886-1941), i.e. three Polish authors of the turn of the 19th and 20th centuries. Przybyszewski and Hulewicz tried to use Gnosticism and neo-gnosis directly for the purposes of their own writings. They even made an attempt to create a basis of their own gnosis which depicted the essence of the world, i.e. explained how evil appeared in the world. Tadeusz Miciński occupies a separate and special place among them. The book encourages to read his works taking into account the Gnostic and neo-Gnostic conceptual terms.