Wojciech Lipoński (ed.)
Be the first to review this product
Add to Wish List
PLN 20.00
Skip to the end of the images gallery 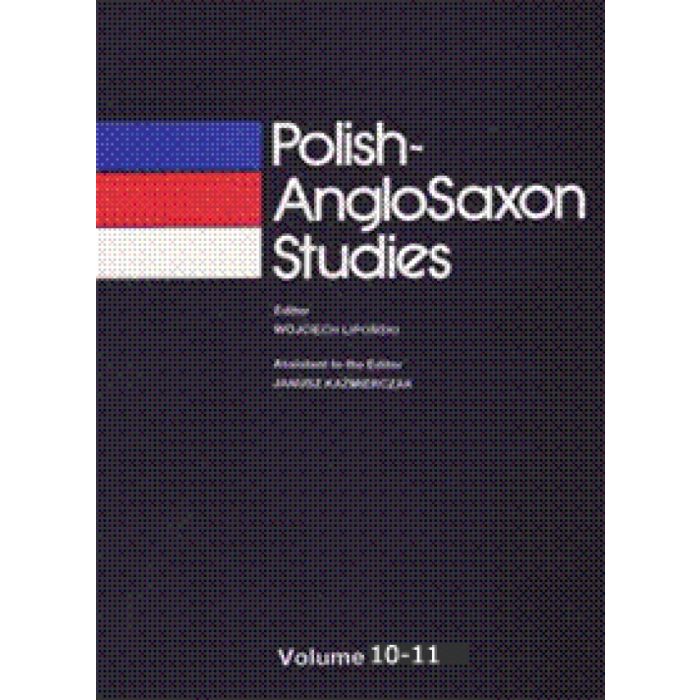 „Polish-AngloSaxon Studies” was initiated in 1987 by Professor Wojciech Lipoński. It is published by the Faculty of English, Adam Mickiewicz University, Poznań, Poland. International and interdisciplinary in scope, it carries original articles on all aspects of cultural relations between Poland and English-speaking nations, in their historical as well as contemporary dimension. It also welcomes review articles and book reviews. It is listed in the European Reference Index for the Humanities (ERIH) and in Ulrich's Periodicals Directory. It is included in the collections of the British Library, the Library of Congress, the Cambridge University Library, the Yale University Library and other libraries in Poland and worldwide.

MARIUSZ BOJARCZUK
The Unknown Polish-Jewish Contribution to the American Revolution

JOANNA DZIECHCIOWSKA
Anti-British Propaganda in Polish Newspapers of the Stalinist Period: On Relationships between Great Britain and the Countries of the Socialist Camp

MONIKA ŚWIDERSKA
First Debater and Legislation in the U. S. Congress on NATO Expansion in Poland

JANUSZ KAŹMIERCZAK
Poland, great Britain and the January Uprising: Polish Emigre Propaganda in the National Cause

JAN CIECHANOWSKI
On the Track of Betrayal (translated by Tomasz Skirecki)