Alfred F. Majewicz (ed.)
Be the first to review this product
Add to Wish List
Skip to the end of the images gallery 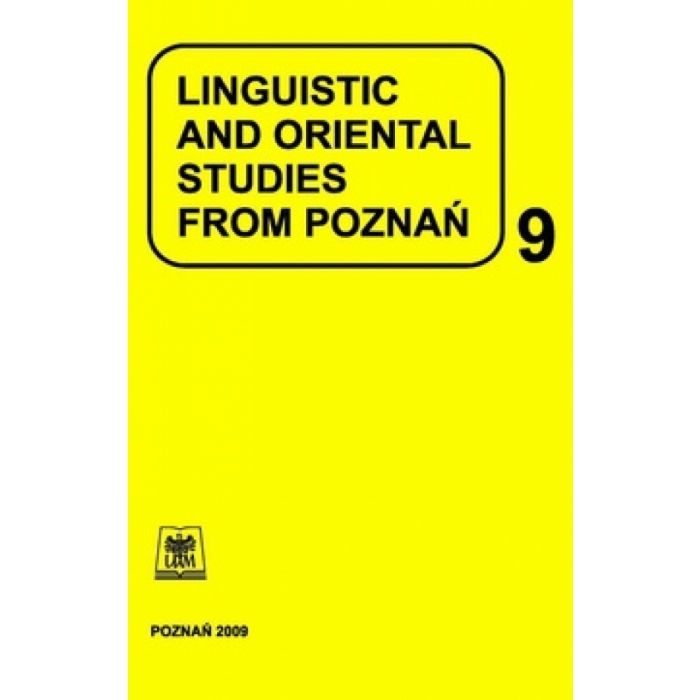 The preceding volume 8(15) of our journal was for its major part dedicated to the twentieth anniversary of the introduction, in October 1987, of academic Japanese studies as a research program as well as educational curriculum (five-year MA and four-year PhD courses) at Adam Mickiewicz University in Poznań. The present volume 9(16), in turn, in its entirety celebrates the twentieth anniversary of the introduction, in October 1988), at Adam Mickiewicz of a similar program and curriculum in Chinese studies. The book thus aims, among others, also at a presentation of the – still short – history of university-level sinological research and education in the second ever in Poland academic center offering Chinese, and actually Far Eastern studies, its perhaps still meager but worth propagating achievements, main exploratory interests, people who have their contribution in the organization, development, but above all survival of the whole project. The anniversaries mentioned coincide with the celebration of the seventieth birthday of Professor Jerzy Bańczerowski, who was decisive in calling into existence of the Far Eastern studies at Adam Mickiewicz becoming their actual founder. Hence, the editorial board of the journal sincerely dedicates the present volume to the Iubilatus in acknowledgement of his invaluable merits in relation to all of us in the sinological staff and to each of us individually with cordialmost wishes of all the best. Ad multos annos et... ad astra (sit itur). Bad news also, unfortunately, arrived. With this volume we express our deep sorrow following the sad message on the passing away of our great friend and much greater sinologist and mongolist, ethnographer and historian, and museologist Aleksandr Mikhailovich Reshetov (1932-2009) of StPetersburg. We know that persons like him are irreplaceable, therefore it is so difficult to accept such a loss (sed mors enim ianua vitae – perhaps).