Genetic diversity of Scots pine (Pinus sylvestris L.) as an expression of adaptation to heavy industrial pollution: a case study of the population from Miasteczko Śląskie

Ewa Chudzińska
Be the first to review this product
Add to Wish List
PLN 20.00
Skip to the end of the images gallery 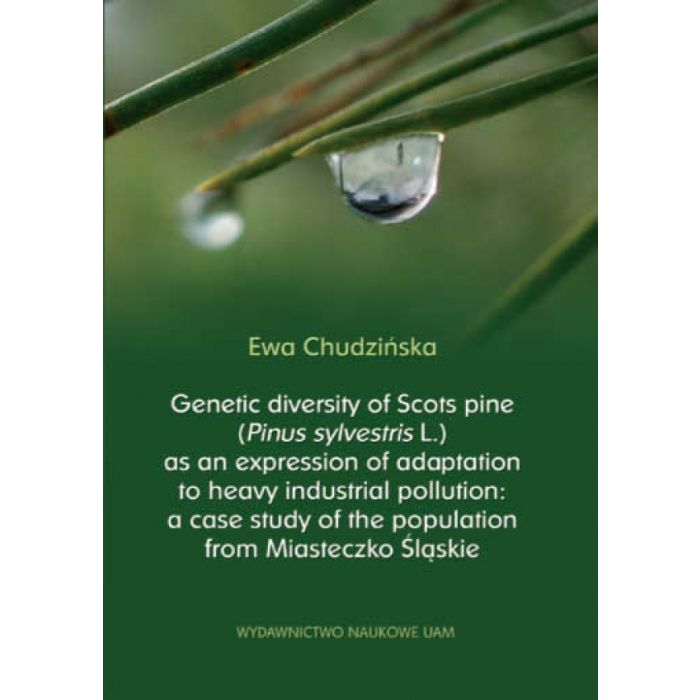 The aim of the study was to explain why some Pinus sylvestris trees are more resistant to stress factors than others and whether the observed diversity results from natural selection or not. Two subpopulations of Scots pine were analyzed, both of which grew in an area which was severely polluted with heavy metals. Parental trees and seedlings were monitored for four consecutive years in the buffer zone of the zinc plant in Miasteczko Śląskie. The content of heavy metals in soil and plant material markedly exceeded threshold values, particularly for Zn, Pb and Cd. The morphological traits, isoenzymatic and microsatellite lod as well as cytological data were analyzed. The obtained results indicate that there are clear genetic differences between trees which are sensitive and those which are resistant to contamination in a naturally regenerated pine stand. These differences were recorded both in phenotypes (morphology, cytology, isoenzymes) and genotypes (microsatellite DNA). Adaptive genetic diversity observed in the two generations reflects differences in the survival capabilities of individuals exposed to stress and points to the selective pressure against trees with specific genotypes.