Andrzej Gomułowicz
Be the first to review this product
Add to Wish List
PLN 28.00
Skip to the end of the images gallery 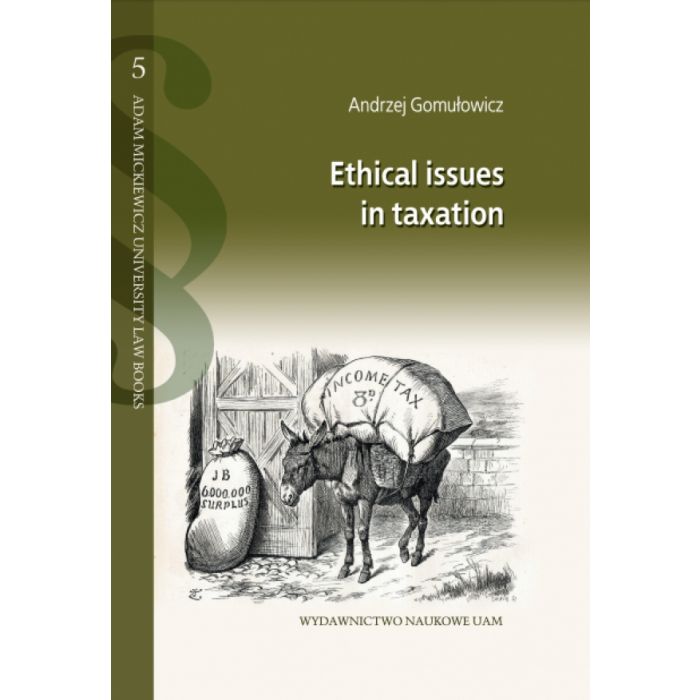 This monograph covers issues of law-maker’s ethics, tax bodies’ ethics and taxpayer ethics. This problem is analysed from theoretical as well as from dogmatic point of view and is accompanied by judicature of the Constitutional Tribunal and administrative judicature. This problem is crucial as it concerns lawmaking and the application of tax law at the same time. And not only does it have economic and social implications, which are dealt mainly by those who govern and the governed, but it influences different attitudes towards the idea of tax obligation. The taxpayer’s attitude towards the idea of tax obligation is a derivative of the process of tax lawmaking, especially of the fact that the legislator abides by the axiological values, those reflected in the Constitution. Essentially, it refers to justice in a material aspect, that is the authorities’ regard to the principle of equality and universality, and to procedural justice, which relates to the law-maker’s respect of the decent legislation. This is why the structure of this monograph leads the reader from biblical to modern times. The author analyses the conditions that shape the mentality of the tax law-maker, of the authorities that apply the tax law and of the taxpayer. It was necessary to indicate the relationship between ethical and economic limits of taxation. It was indicated that the limit of taxation power lies within the right of ownership. The legal protection of the taxpayer in administrative court proceedings is a different issue. Only an independent court and an independent judge will be able to break the maxim of dura lex sed lex when a rule of law is threatened by an extreme form of legalism.