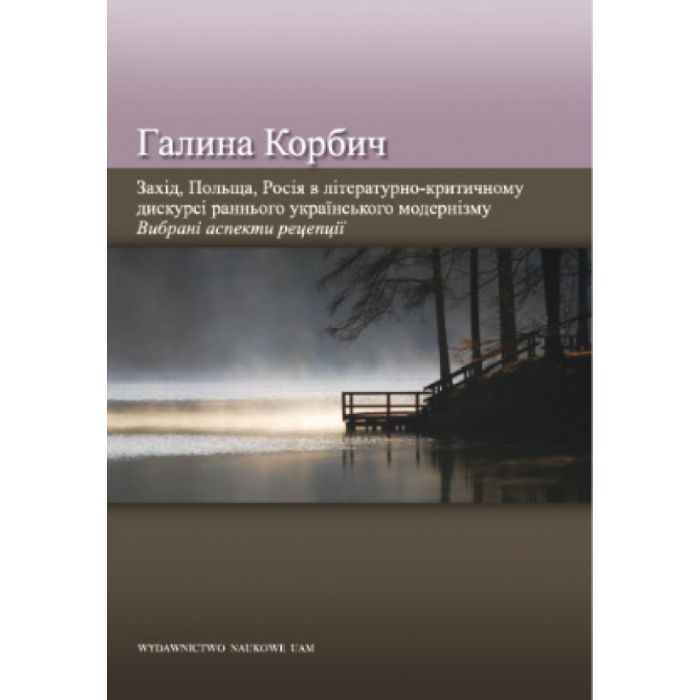 Skip to the beginning of the images gallery
Description
Opinie
Description

The monograph presents an analysis of Ukrainian critical literary discourse as observed at the turn of the 19th and the 20th century. It unveils the specificity of the way it functioned in the early modernism period, expressed through reactions to contemporary ideas, the posing of new questions, and the shaping of new artistic and worldview thinking. The role of literary criticism is explained as having a formative character - it became an important factor in the process of modernising Ukrainian literature as well as the entire Ukrainian culture, and it had a significant influence on the consolidation of national identity. Based on contemporary Ukrainian periodicals, the author proves that the reception of Western European, as well as Polish and Russian, cultural phenomena evokes new Ukrainian orientations and strategies. These are born in harmony with the nature of the recipient’s culture, allowing for its current needs - in criticism this is the way of choosing "foreign" ideas, traditions, and developmental tendencies in the creation of an own modern model of national culture. In the light of the methodology of the perceptive and communicative approach to literary phenomena in comparative studies, the process of Ukrainian modernism, syncretic in its nature, is exhibited -in both "overt" and "covert" reception it synchronises with fundamental manifestations of Western European modernist formations. Addressing Polish and Russian cultural and literary experience, this process goes by the parity rule of "openness to otherness", marking the formation of a new paradigm of Ukrainian knowledge of neighbours.