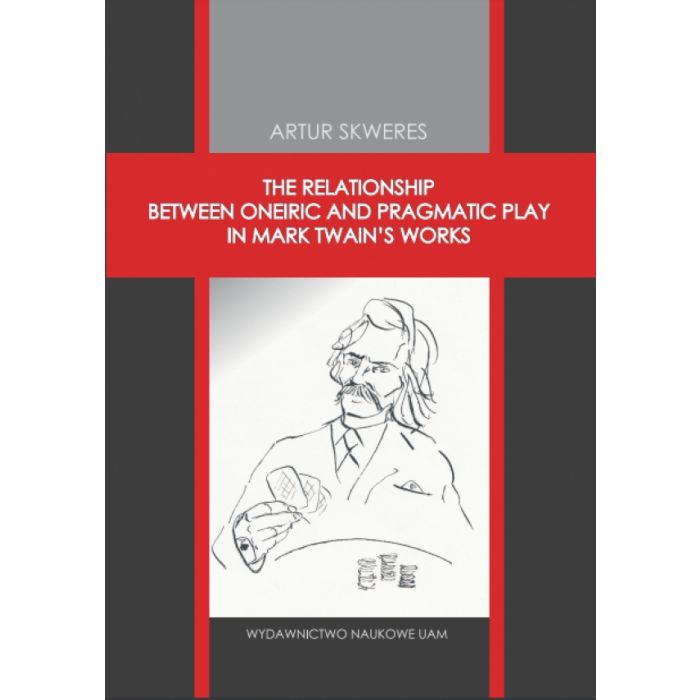 The monograph is the first book-length publication analyzing Mark Twain’s works in light of classic game theories by Johan Huizinga and Roger Caillois, supplemented with the author’s own categories of pragmatic and oneiric play. This unconventional, interdisciplinary approach allows for a new interpretation of Twain’s oeuvre. The discussion starts with the analysis of Twain’s rebellion against authorities and especially literary establishment, an attitude which was frequently portrayed as innocuously humorous and playful. Such concealment of his true intentions in an effort to preserve his good reputation is considered as involvement in a form of play on the part of the author, whose predilection to employ mimicry was often used as major parts of his works’ plots in entirely different contexts. Another, equally important characteristic of Twain’s works that is considered is the relationship between work and play, with particular consideration of the attainability of his characters’ goals and ambitions through play. Finally, the negative aspects of play in Twain’s works are analyzed, revealing the dangers of unfair authorities or arbiters, playing at someone else’s expense or manipulating them. This leads to a consideration of the unexpected or tragic consequences of play. The purpose of the book is to demonstrate the profoundly important and ubiquitous yet to a great extent unnoticed role of play and games in Mark Twain’s oeuvre. This innovative publication will certainly be of interest to readers interested in Mark Twain’s works, as well as researchers and students of culture studies, literature, and ludology.