Synchronic and Diachronic Aspects of Ergativity in Indo-Aryan 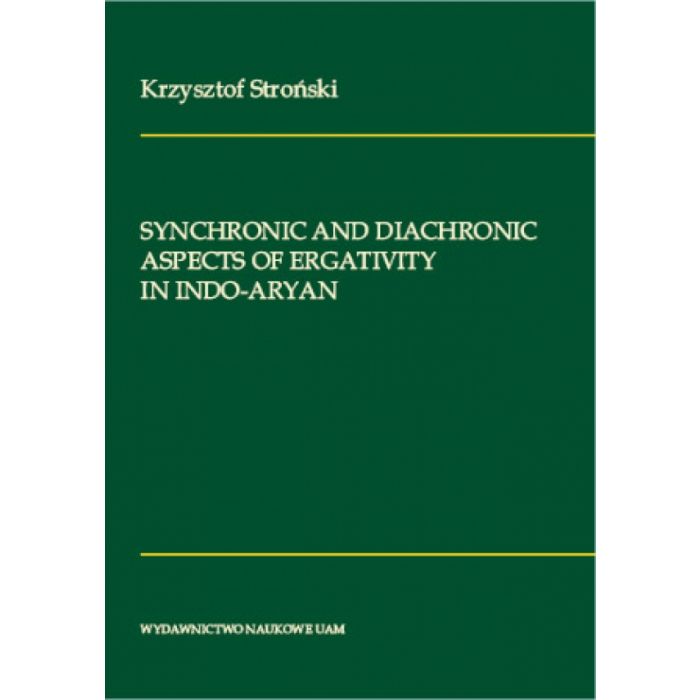 Skip to the beginning of the images gallery
Description
Opinie
Description

This book comprises three studies dealing with diachronic, distributional and synchronic aspects of ergative alignment in Indo-Aryan. The first study presents different views on the emergence of ergativity in Indo-Aryan. It discusses traditional views such as the passive-to-ergative shift, the genuine ergative hypothesis, a theory based on the pragmatic interpretation of main arguments in Old Indo-Aryan, and the hypothesis of possible borrowing from substratum languages. All existing models are confronted with the hypothesis of the possible active typology of Proto-Indo-European. The second study focuses on the development of nominal and pronominal case marking in the context of ergative morphosyntactic alignment, and on the agreement patterns in the New Indo-Aryan period, in Hindi dialects in particular. It shows the distribution and peculiarities of ergative patterns attested in all dialectal groups, and it investigates whether any ergative traits can still be found at the level of syntax. For each dialectal group the earliest records have been scrutinized in order to trace various trends in the development of agent and patient marking in the ergative and non-ergative domains. The third study is based on the axiomatic theory of diathesis developed in the works of Jerzy Bańczerowski and his students. It is a formal account whose main goal is to verify the position of the ergative alignment in Modern Standard Hindi against the other alignments. The theory is presented in an axiomatic way – first the primitive terms are intuitively explained, then axioms are presented, and finally theorems are formulated. The components of the theory are empirically verified based on language data which has been the subject of consultation with native speakers.