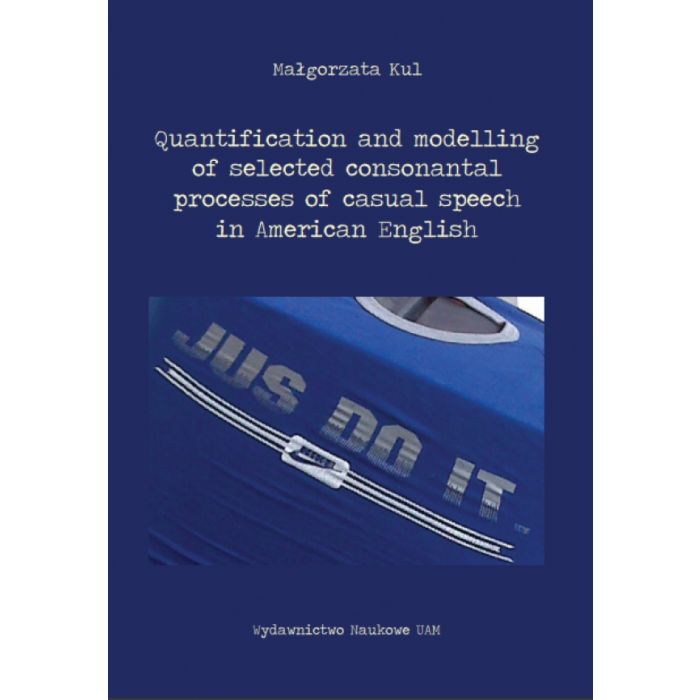 In casual speech, consonants undergo a variety of processes such as assimilation (should be → /SUb bi/), elision (friends → /frenz/) or epenthesis (dance → /dænts/). The book investigates selected consonantal processes in American English and aims to achieve two objectives: to quantify /t, d, h/ deletion, assimilation of place, yod coalescence and epenthesis as well as to establish the effects of phonetic context, lexical frequency, speech rate, grammar, morphology, gender and age on realization of the processes.

To this end, the book overviews previous scholarship in the field and reports the results of two studies conducted on the Buckeye corpus. The quantification study shows that /t, d/deletion was the most frequently realized process whereas assimilation of place was the least frequently realized one. In addition, a great deal of interspeaker variability was observed. Using logistic mixed-effects modelling, the second study confirms the role of speech rate and phonetic context but questions the effects of lexical frequency and grammar on word-internal processes.

The structure of the book reflects its aims. The first two chapters are theoretical, Chapter One discusses the notion of casual speech and related concepts whereas Chapter Two overviews previous findings. Chapters Three and Four are empirical and present the outcomes for quantification and modelling. Chapter Five acts as a conclusion and suggests directions for further research.