Geochemistry and mineralogy of the Poznań Formation (Polish Lowland) 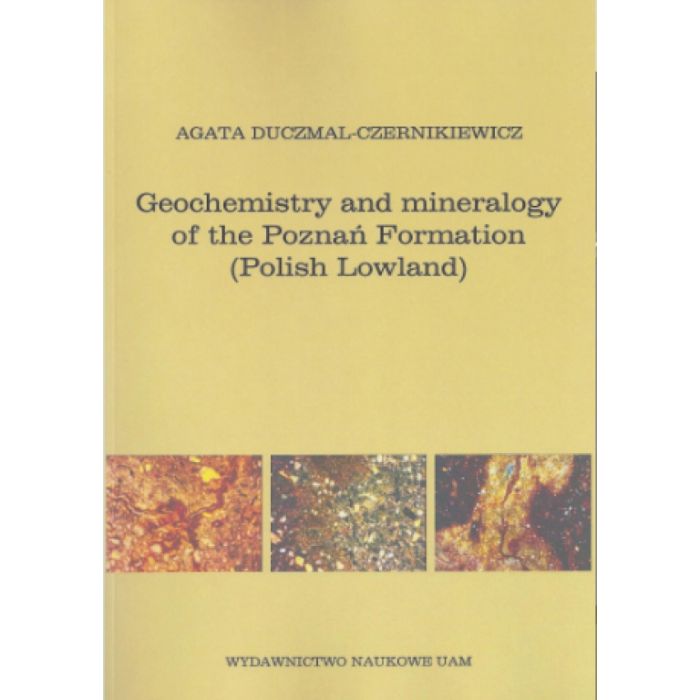 This book presents the geochemical characteristics of Mio-Pliocene clays (known as Poznań clays in polish literature) from selected deposits of the Polish Lowland on the background of their mineralogical composition. The aim of the study was the evaluation of weathering on the composition of the clays. The chemical composition was analysed with INAA, ICP-MS and XRF methods. All the clay samples studied showed large chemical homogeneity expressed in the low variability of CIA and CIW indexes, on the basis of which it was found a preponderant share of the chemical weathering during the sediment formation. The geochemistry and mineralogy of the Mio-Pliocene clays from open pits were compared which those of the clays from two boreholes. The CIA and CIW indexes were similar suggesting that the main chemical features of the sediments had been formed already at the time of their deposition. The variability of the concentration of trace elements in the fine fractions (<ø2 µm and ø<0.2 µm) were examined in red and green coloured sediments as well as in carbonate concretions. The red coloured clays are enriched in some elements (Cr, Zn, Ni, Y, La, Pr, Nb and P) in comparison to the green ones and the carbonate concretions are enriched in Ni, Co, Zn, Y, REE, Sr and P in relation to the red-coloured and green clays. Fine fractions: ø<0.2 m and <2 µm show increased concentration of Zn, Pb, Cu, Co, due to the tendency to collect these elements in the structures of the clay minerals. The carbonate concretions are clearly enriched in heavy REEs. The distribution of REEs and the high Cr/Th (10-14) and Zr/Hf (35-40) values, as well as high CIA (mean 85) and CIW (mean 90) indexes suggest granitoides (or products of their alteration) as a likely parent material of the studied sediments. The low (2-4) Th/U ratios are typical for residual clays. Mineralogical, geochemical and textural characteristics of the clay sediments indicate soil forming processes that eventually formed the sediments.