Announcement of the 2020 Pulitzer Prizes 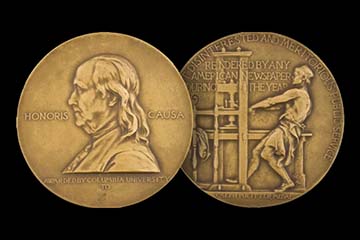 The winners of the prestigious Pulitzer Prize were announced. In the Letters and Drama (Fiction) category, the prize went to Carlson Whitehead for his novel "The Nickel Boys". This is the second award for the American writer, in 2017 he received the Pulitzer Prize for his book "Underground Railroad".

Biography "Sontag: Her Life and Work" by Benjamin Moser (Ecco/HarperCollins)

"The End of the Myth: From the Frontier to the Border Wall in the Mind of America" by Greg Grandin (Metropolitan Books)

The Pulitzer Prize has been awarded since 1917 for outstanding achievements in journalism, literature and music.

Arkadiusz Krawczyk, A portrait of a magician. Teofil Lenartowicz in the face of Renaissance culture 29/06/2021